Violence, particularly gun violence, is embedded in our culture. Even our entertainment is filled with it. I have harvested artifacts from film and television which illustrate this in several idioms, including westerns, gangster pictures, and others. Each painting contains text that contradicts the seeming tribute of the image.

In an exhibition at Mills Gallery in Orlando, I  presented STANDOFFS, where the works are not only a part of a longtime exploration on the edge between realism and abstraction, but a protest against violence.

For example, Gunsmoke was a weekly morality play where conflict was typically settled with gun violence. Although right was contrasted with wrong, consider the death toll. Many of the early episodes began at the graveyard . . . Boot Hill.

Baby boomers and later generations have been subjected to entertainment that was a gun violence incubator. By adulthood we have seen thousands of deaths. How can this not cause a certain desensitivation? Furthermore, contemporary westerns remove the certainty of the triumph of good over evil. With the popularity of the antihero, ambiguity crept in, paving the way for the moral relativism of, say, Leone’s movies (Clint Eastwood).

In later works I also use gangster and martial arts movies as artifacts and demonstrations. 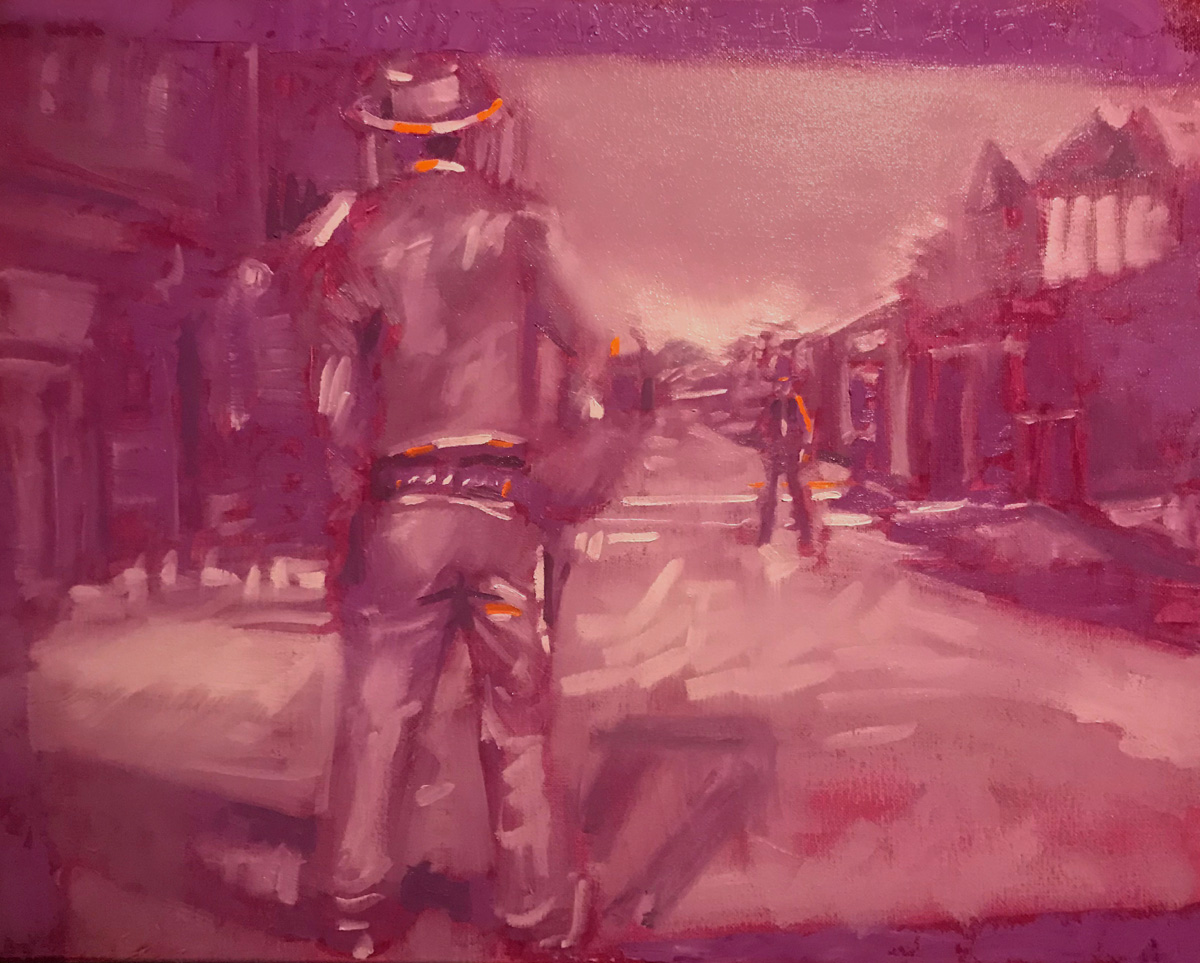 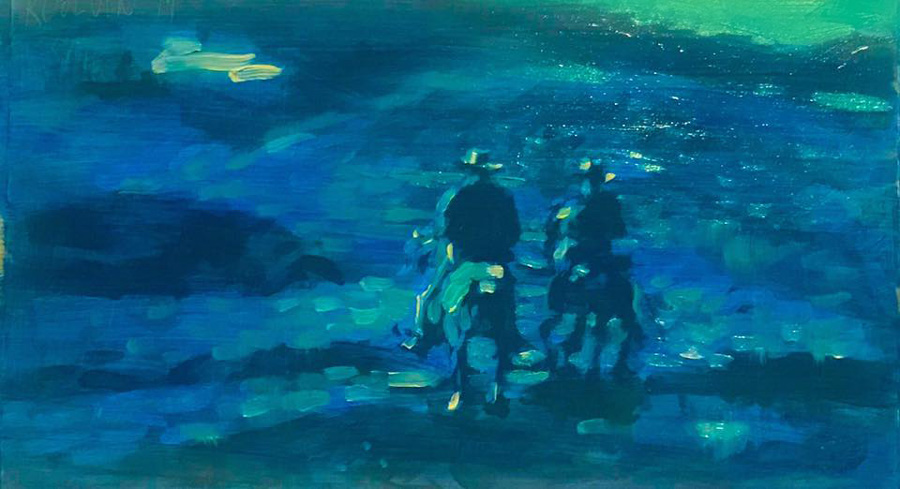